the power of three 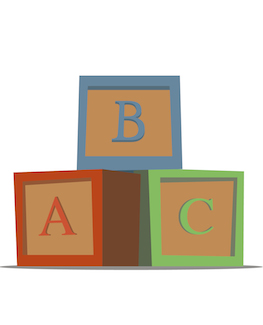 The power of using three is all around us - whether it's religion, politics or the arts - we are steeped in recognising the rule of three.

From ABC to 123, it's an incredibly influential tool when putting together a presentation or speech.

Threes are seen and heard as complete groups, and it is seems to be much easier for us to remember. For example would - The TWO Little Pigs, Goldilocks and the FIVE Bears or even Scrooge being visited by a FOURTH ghost of Christmas – have made as memorable stories? It's also no coincidence that stories on their most basic level have three distinct phases: a beginning, a middle and an end.

When Tony Blair gave his rousing speech to the Labour party conference in 1996, it was the deliberate use of threes that had a lasting memory on the British public and the press.

When Steve Jobs gave his brilliant speech to graduates at Stanford in 2005, he started by saying "Today I want to tell you three stories from my life. That's it, no big deal, just three stories". He went on to use those three stories to give a personal and moving guide on how to live your life.

The next time you are putting together your next presentation, look at where you can create groups of three to emphasise your points and increase the power of your key message. Like all good rules be prepared to break it as well - the last thing you would want is your audience to notice you are using it.

NEXT: 'mark your territory'

What is Resilience anyway?

Our programme designer and course leader Justin McCarron looks at Resilience – what it is, and how it could benefit your team… > Read more